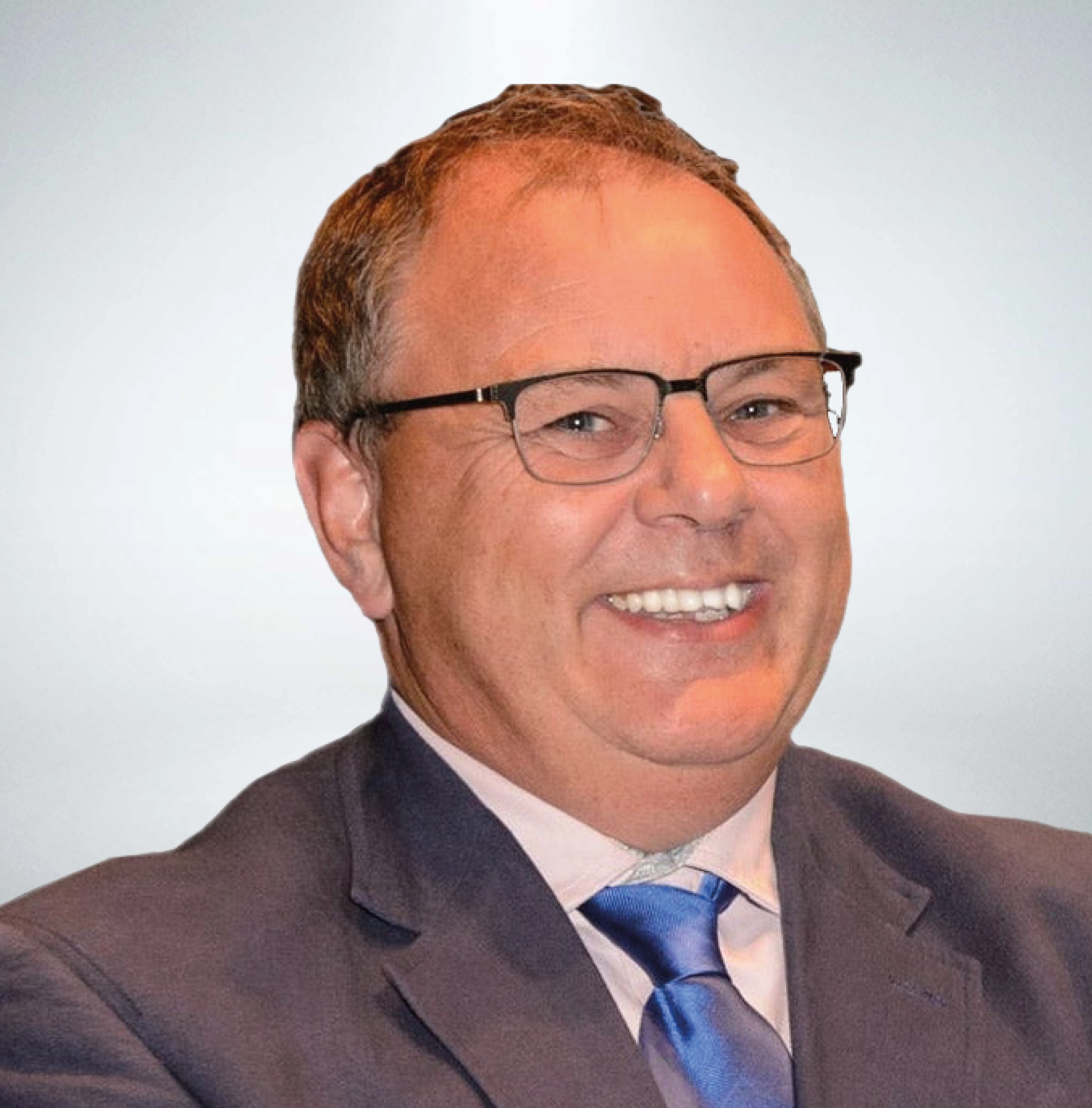 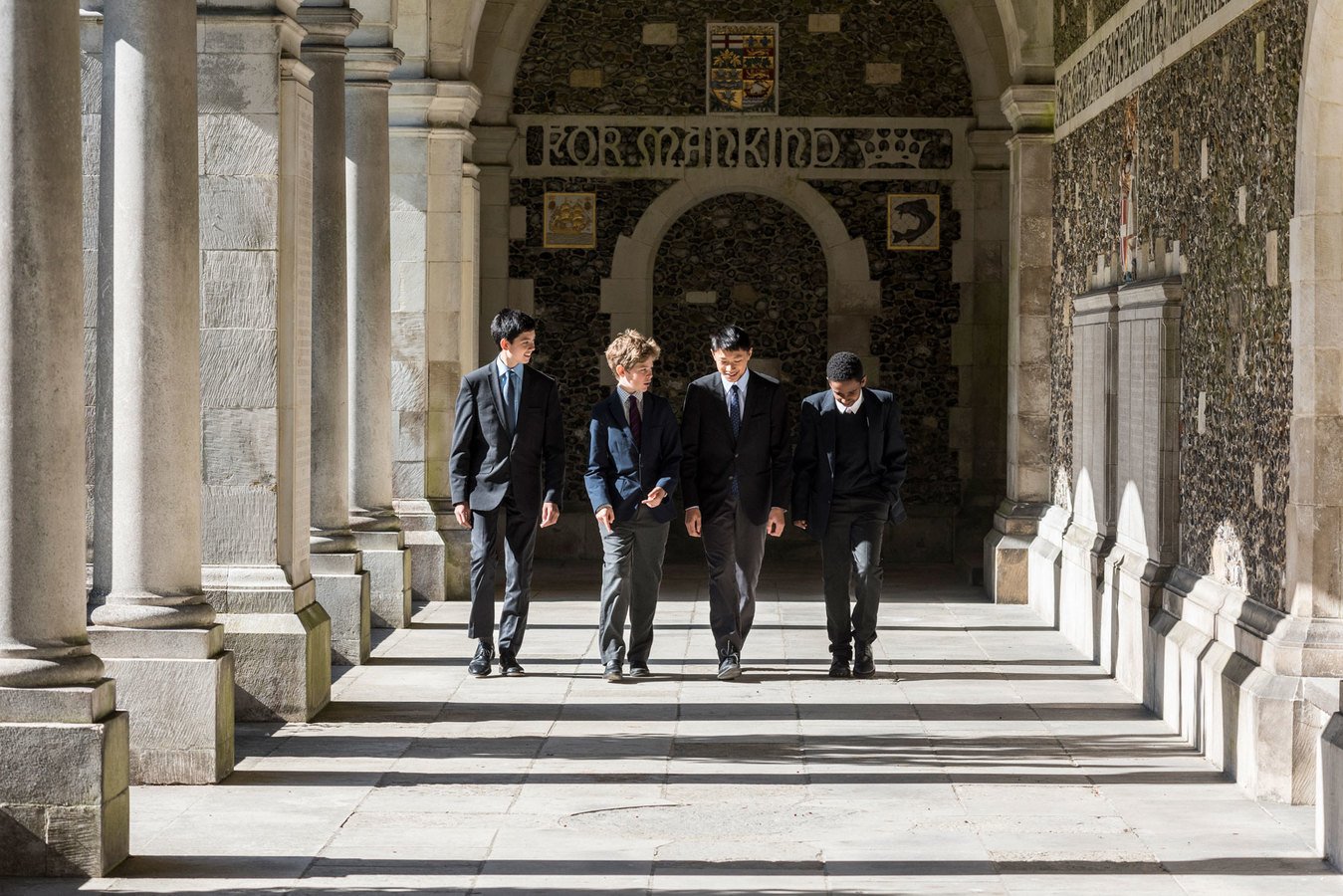 Interview preparation for the great schools

All the great schools value the interview as a way of selecting the pupils they want to teach, and who can benefit from what is on offer and contribute to the community.

The questions are inevitable, and I am not giving away any secrets here. My interview preparation courses will teach you how to find your own answers to these questions. I interviewed over 500 boys for my boarding house, so the course is built on a deep foundation of knowledge of the huge range of good and bad answers that are possible. You must find your own answers: my skill is to teach you how.

People often say, “Just be yourself!”

This is terrible advice. You already have many versions of “yourself” that you use with different people. Your interviewer wants to meet a particular version, somebody who has a sense of audience, who knows that you speak differently at home, in the playground, on public transport and in class and who is now in a new situation that calls for a special version of yourself.

1. Tell me about school. What is your favourite lesson?

Don’t say “PE” even if it’s true. Actually only the boys and girls who hate sport say “PE”. People who actually like sport get all the exercise and flexibility they need by playing games.  What will you say, and how will you back it up? I find with my tutees that this is the hardest question of all and the one that needs most work. It is after all a question that everyone should be able to answer.

2. What activities do you enjoy?

Now if you play bassoon in the Berkshire Youth Orchestra, cricket for Surrey, and your team reached the quarter-finals of the Rosslyn Park sevens you have all the answers to this one, and about 2% of the 500 boys I interviewed could say all that and more. You are in the 98%. What will you say? If the bassoonist-batsman-hooker is scoring 10/10 for their answer (and really they are scoring 20/10), how do you get yourself to 3/10 or 4/10 on this question?

3. Read this poem to yourself. Then I will ask you to read it to me. Then I shall ask you some questions about it. By the way, a quinquereme is a ship with five decks of oars.

Quinquireme of Nineveh from distant Ophir,

With a cargo of ivory,

And apes and peacocks,

Dipping through the Tropics by the palm-green shores,

With a cargo of diamonds,

Topazes, and cinnamon, and gold moidores.

Butting through the Channel in the mad March days,

With a cargo of Tyne coal,

Learning to perform a poem is a life skill and I will teach it to you. Although I am a mathematician I am also an award-winning poet and winner of the Forward Prize for the best poem published in Britain in 2013. This one is famously easy because the punctuation does all the work, and some candidates will even know it off by heart. Very few schools teach the simple things that you should say when asked to talk about a poem. I will give you the confidence to say something like this: all of it is obvious. Just in case: it won’t always be this poem!

“The poem has three stanzas in which there are three ships carrying three different cargoes, which is the title of the poem. The ships are powered in three different ways: by oars, by sail, by steam. They come from three time periods: Biblical times (Palestine) the Tudor period (Galleon) and from the 19th century after the industrial revolution (smoke stack). The cargoes are exotic (ivory is from elephant tusks), treasure (maybe pirated) and practical. The seas are at three different latitudes: the Mediterranean, the tropical Atlantic (an isthmus is a narrow strip of land; this must be the one with Panama) and the English channel.

The poem rhymes but only in two words in each stanza: Palestine/wine, shores/Moidores, days/trays. But there are a lot of other sound effects like salt-caked smoke stack with its k-k-k making the sound of the engine. The most important sound effect is the rhythm of the poem, for example in the two stresses at the end of each stanza’s first line O-phir, Isth-mus, smoke-stack.

An idea of the poem is that the first two stanzas have amazing things on board, for use by the aristocracy of their societies, but the third stanza has goods for everyone, and that in fact the society of the 19th century was far richer than that of the Bible or Tudors because of democracy and dirty industry”.

4. Look at this picture for a minute and then talk about it.

Looking and talking is another life skill which will give you far more pleasure than just getting through an interview. I will teach you to say things like this: most of the knowledge you already have: it is what they have been trying to teach you in History, Science, PSHE and Geography. Some people have very cultured parents who take them to see things and develop their eyes; often these parents are themselves teachers. Perhaps your parents are the ordinary kind who don’t, so you will have to develop your own eye. Just in case: it won’t always be this painting! Here are some things you could say.

“The dark blue semi-circle is the sky with the sun against a background of stars. I recognise the constellations Aquarius and Pisces. I am a Scorpio born in October. I can read the word February, and the snowy scene confirms that. I think this is some kind of calendar. The scene is medieval: I will guess 1400.  Peasants are warming themselves at a fire. The woman and man on the left are have no underclothes: the artist has painted her vulva and his penis and testicles. (You could say ‘genitals’, but ‘vulva’, ‘penis’, ‘testicles’ are the precise scientific words you were taught in PSHE). Their white underclothes are hanging up to dry: his are like trousers, hers are like a dress. The third woman has an ultramarine dress and is still wearing her underclothes. Ultramarine is the most expensive paint, made by grinding lapis lazuli (mined in Afghanistan and imported to Europe on the silk road) into powder. The real peasant would not have an ultramarine dress. She has a white cat. Outside pigeons are eating spilled grain; or they may have been fed it deliberately, because in the middle ages semi-wild pigeons living in a dovecote were commonly eaten. A man is working in the cold. Perhaps he is the husband of the ultramarine woman who prefers her cat. Four beehives made of basket each have a hat of snow. Bees make honey, which is the only intense sweetness in the middle ages, and also wax for the best candles. The barrels will have beer in them, made from grain. The haystack also has a hat of snow and rhymes with the beehives, and is the food for the sheep. The cylindrical stone building must be to store grain away from damp and rats and mice (the cat also helps to deal with those). It is a granary (in US these are called grain silos) and you would fill it from the top. The donkey is carrying produce to sell at the distant town, and the man is goading it with a sharp stickEverything is to do with storage and survival, and now I think of it the woman at the back is pregnant; the father is the man next to her, and conception happened in the huge blue bed behind them: her swollen belly rhymes with the granary, the ewes, the barrels, the haystack and the beehives.”

5. What are you reading at the moment that you think I might be interested in reading too?

The big change in pupils since the 1990s when I first began to interview then is that they all now have good reading engines. The first big improvement in reading at 11+ came as Harry Potter started to come out, but that was a whole generation ago. Artemis Fowl and Diary of Wimpy Kid are also popular. Also everyone has a mobile phone now and there was a time that they were very text based, though that is less true now.  In my English classes there used to be a solid 20% who did have have good reading engines. Now there are very few. The trouble with these books is that you get stuck with them. The question is designed to see if you will ever move on. There are books you should be reading now that are more demanding than The World’s Worst Teachers. I could give you 100 titles but I don’t want my tutees to be disadvantaged by your saying you have read them when they actually have as part of their lives. Let’s just say that all the titles mentioned here, fantastic as they are for developing your reading engine, are 0/10 answers to the question. The main problem at the great schools now is that the pupils no longer read, despite having excellent reading engines. If you don’t read you are a hostage to your teachers. You will only know what they choose to tell you. Remember, everyone you are competing against now has a good reading engine honed on the same books you like. Most of them never read anything else.

6. Now, have you got any questions for me?

This is the signal that the interview is over. You should ask a question that can be answered in one minute, and everyone needs to develop their own. There used to be a famous interview question: “What do you think is your main weakness” and at some genius worked out that the answer was “I am a bit of a perfectionist”. The trouble was that everyone who sees that answer for the first time is amazed by its genius and decides to use it themselves…  Last week one of my tutees came out with a perfect question to ask at the end that he had just thought of. I wouldn’t tell you what it was even if you were my tutee because there is no value in saying what somebody else says, and actually the question belongs to Kevin, who will be using it all his life!

Where were the science questions?

They were all the way through, especially in the poem and the painting! Science isn’t a load of answers to questions: it is a outlook that changes the way that you think about everything; it depends on observation and pattern-spotting and both of those skills were at the forefront of the answers on Cargoes and February. If you wanted even more science you could have talked about chemical elements in Cargoes (four metallic elements explicitly (Au, Fe, Sn, Pb), plus two allotropes of C (diamonds, Tyne coal), plus NaCl, H2O, CO2, SiO2 and two complex Al and Be compounds); and astronomy (the ecliptic; the geocentric model) or climate science (the little Ice Age) in February. But here is a straight science question if you really want one.

a] Why do clocks go clockwise?

Where were the Maths questions?

You have done a pre-test; they know about your Maths. But here are a couple if you like. Both should be answered in one second, but you might need a bit longer to explain your answers. 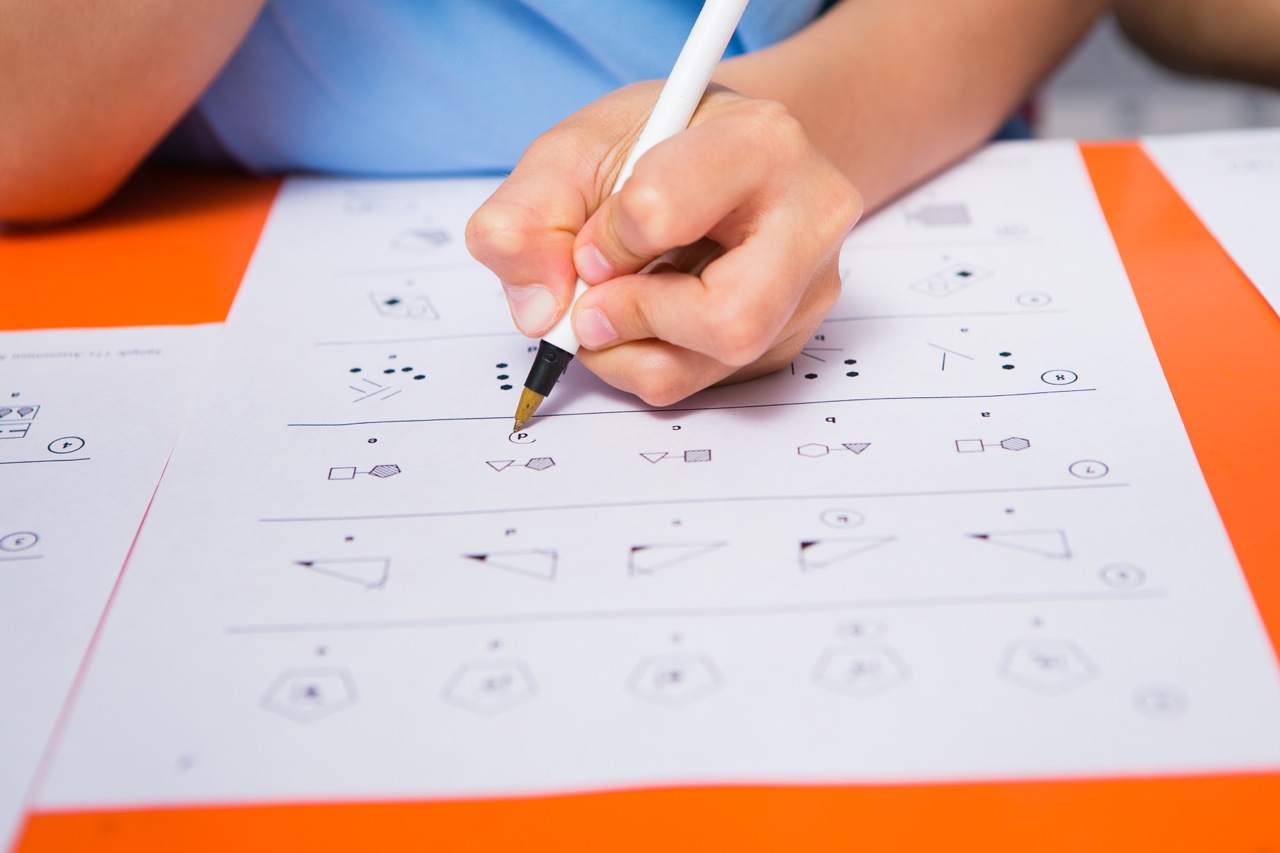 All the great schools value the interview as a way of selecting the pupils they want to teach, and who can benefit from what is on offer and contribute to the community. 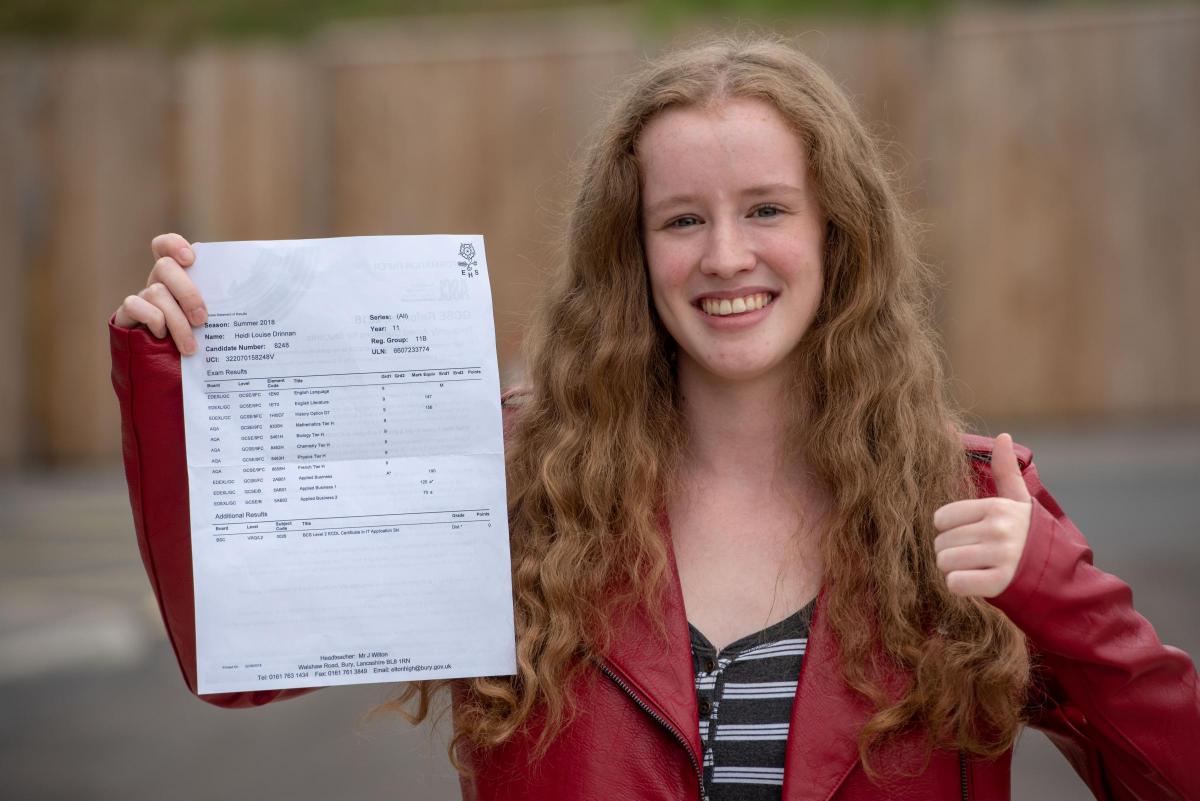 How to get straight 9's in GCSE's